Sadly the online store has been temporarily closed. We'll be back as soon as we can. Stay safe everyone. 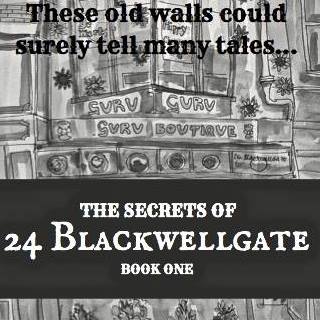 The Secrets of 24 Blackwellgate is available now xx
If you live near Darlington and want to pick it up at Guru Boutique to avoid postage just click local pick-up when you order. The cost of the book, both online and in the shops will be £6.99

The Secrets of 24 Blackwellgate – new book of short stories by various authors coming soon. Please keep checking back… Written about Guru’s iconic little building in Darlington, by a group of true friends.
‘The stories herein tend towards the supernatural including ghostly goings on, time travel, witchcraft and other spooky stuff.
They also touch upon social issues of the times they are set in, such as attitudes towards family values, same-sex love, relationships, religion, the class system and so on…
They will continue to flow from the author’s imaginations and into print to become a series. The first compilation covers various periods in time up to and including the 19th century. Any subsequent books will deal with different timescales right up to the present day.
Intentions:
This series centres on an attractive little building known as number 24 Blackwellgate, because we think it deserves to be famous simply for having managed to stay standing for so long.
We also intend to expand our tales to take in Darlington in general, as we would love to clothe this beloved town in a mantle of legend, folklore, romance and mystery.
Whether part of the action takes place before number 24 was even built (as in Bridget’s story), in the tunnels below it (as in Rachal’s story), or in the rooms within it (as in Beryl’s stories), this surviving architectural gem of Darlington is the original inspiration behind it all.’